We’ll all anticipating Jean Claude Van Damme’s onscreen performance in The Expendables 2, but at the age of 51, it’s unsure if he’ll be performing mid-air split kicks against foe Sylvester Stallone. Instead, expect the 80s action hero to be packing some heat as one of the main villains in the anticipated sequel, which is a clear indication from the looks of the latest on-set pics. Dude looks fit so far. Behinds playing handgun roulette with his prop gun off camera, Van Damme is also prepping for the long await confrontation between him and series star Sylvester Stallone—a battle Stallone confirmed back in September: “We’ll have a big showdown between me and Van Damme, which has been anticipated for a long time, so it should be a good one.” Think both of them can put up a good fight? Guess we’ll see August 17, 2012. Much love to ExpendablesPremiere.com for the images. 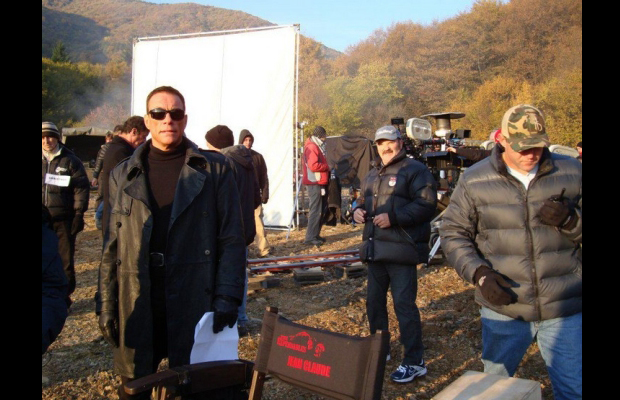