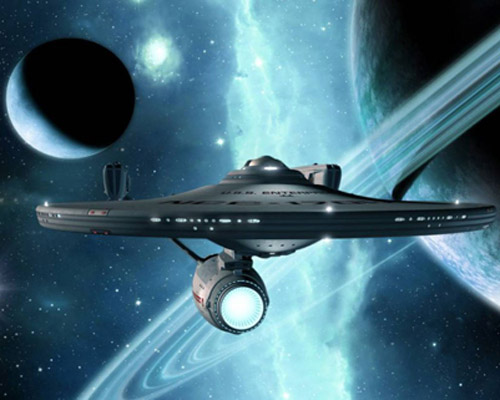 Hollywood’s most popular producer right now, JJ Abrams, sheds some light on the planned Star Trek sequel, as well as co-writer Roberto Orci. Sounds like the script will revolve around modern-day trauma.

Abrams: “The ambition for a sequel to ‘Star Trek’ is to make a movie that’s worthy of the audience and not just another movie, you know, just a second movie that feels tacked on. The first movie was so concerned with just setting up the characters — their meeting each and galvanizing that family — that in many ways a sequel will have a very different mission. it needs to do what [the late ‘Trek’ creator Gene] Roddenberry did so well, which is allegory. It needs to tell a story that has connection to what is familiar and what is relevant. It also needs to tell it in a spectacular way that hides the machinery and in a primarily entertaining and hopefully moving story. “

Orci: “We’ve literally had two meetings now. We haven’t decided anything but we’re starting to circle around some ideas. We got a lot of fan response from the first one and a considerable amount of critical response and one of the things we heard was, ‘Make sure the next one deals with modern-day issues.’ We’re trying to keep it as up-to-date and as reflective of what’s going on today as possible.”