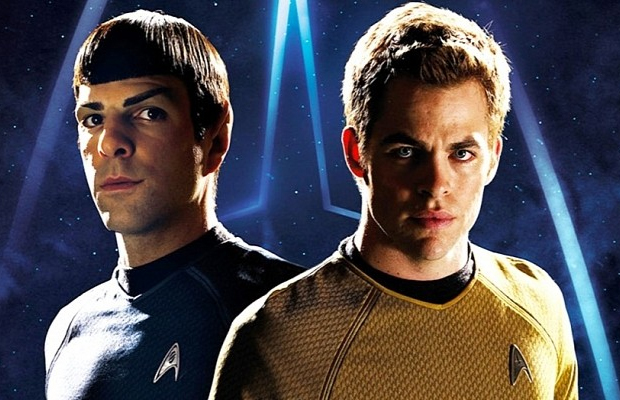 Trekkies the world over are curious to see what Simon Pegg and Doug Jung and director Justin Lin are cooking up for the third installment of the rebooted Star Trek franchise. Star Trek Into Darkness was a massive success, so the new sequel has big shoes to fill. Chris Pine, Zachary Quinto, Zoe Saldana and the rest of the crew of the Enterprise will be pitted against Idris Elba, in an enigmatic yet “kick-ass” villain role” but details regarding the size and scale of Star Trek 3 remains shrouded in mystery, but the mystery of what the film could be titled as could be solved according to Trek Movie.

TrekMovie.com has it on good authority that Star Trek Beyond is being used for the title of the new Trek film. What we do know is that the name has been registered with the Motion Picture Association of America (MPAA), a step that typically signifies a title has been settled on for an upcoming movie.

The end of Into Darkness hinted that the crew of the Enterprise would embark on a five year journey into deep space, so perhaps Beyond is an appropriate title for the 13th Star Trek movie. Star Trek 3, or as it might be officially called Star Trek Beyond, arrives in theaters next year.