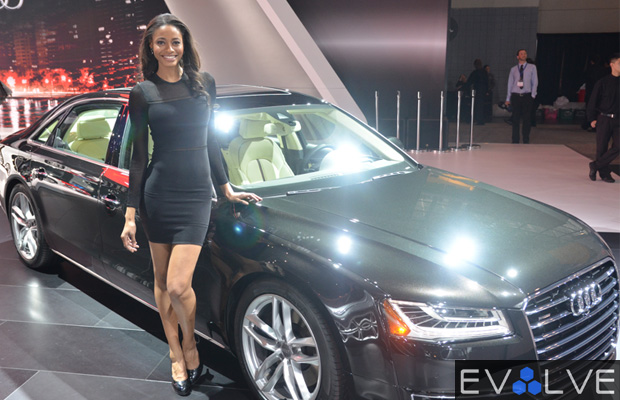 Previously shown at the Detroit Auto Show, the 2015 Audi S8 garnered mass appeal after the company finally announced U.S. specs for its more powerful luxury sedan variant. The 520hp-powered vehicle made its Big Apple debut at the 2014 NY Auto Show and left a similar impression, as several autophiles found themselves drawn to the vehicle during their visit at the Audi booth.

Dipped in Audi’s patented all-aluminum Space Frame, the S8 flaunts a gorgeous Daytona Gray-finished exterior that comes mated with a sleek Vermont-colored leather-seating interior. And as expected, the car packs some serious muscle under the hood. In fact, Audi Product and Motorsports Manager, Mark Dahncke, popped it open and gave us a special look at the engine, as well as the entire power-performance sports sedan. Check out the 2015 Audi S8.