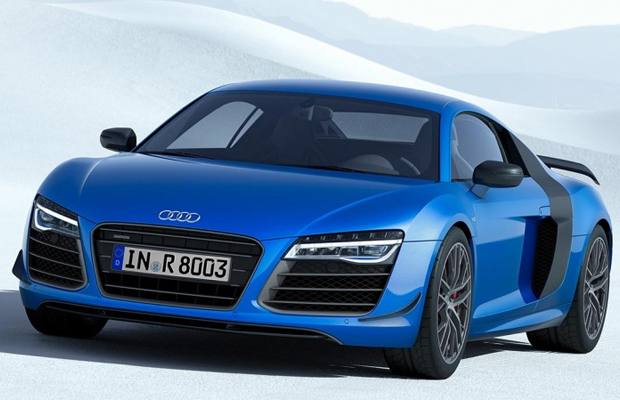 The German automaker is speeding into the fast lane, pushing out the first production car to feature laser headlights. Dubbed the Audi R8 LMX, the special edition supercar is set to go on sale this summer in Germany with only 99 models hitting the production floor.

A longtime pioneer of lighting technologies, the company testing laser headlights on its R18 e-tron Quattro Le Mans racecar for the past several months. Audio has gone on to explain how its laser technology will work:

“With the new laser high beams, one laser module per headlight generates a cone of light with twice the range of the all-LED headlight. Each module comprises four high-power laser diodes. With a diameter of just 300 micrometers, these generate a blue laser beam with a wavelength of 450 nanometers. A phosphor converter transforms this into roadworthy white light with a color temperature of 5,500 Kelvin—ideal conditions for the human eye that enable the driver to recognize contrast more easily and help prevent fatigue.”

The original R8 was released back in 2007, and though the car series is standing on its last leg, doesn’t necessarily mean Audi will give up on its supercar. However, international audiences will only get to experience this extremely limited run, since laser headlights are still illegal in the U.S. Just know it’ll cost them around $288,855.