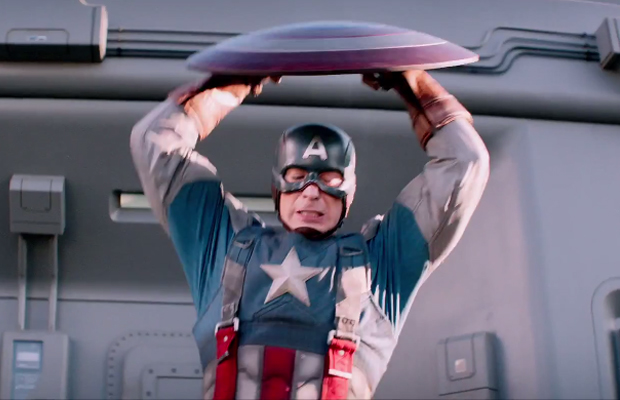 Just yesterday, Marvel unveiled plans of releasing the first official trailer for the upcoming Captain America sequel this Thursday on iTunes, which is rumored to be attached to Thor: The Dark World. Well, 24 hours before showtime, the studio’s leaked this 10-second teaser showcasing three of the Avengers featured in the film, along with a quick of shot of our hero fighting the Winter Soldier. Don’t get too excited. Watch the brief preview below.