‘Captain America 2’ Trailer Being Attached to ‘Thor: The Dark World’ 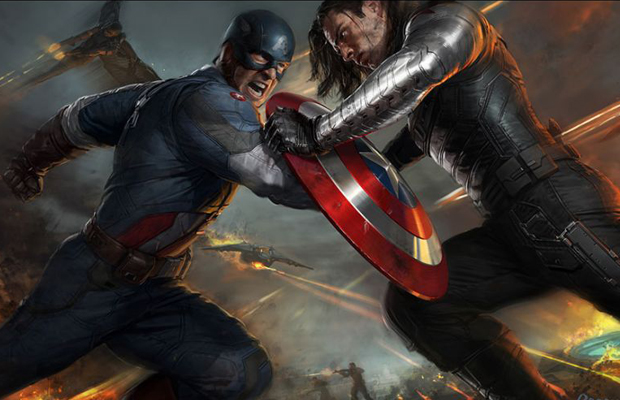 It would seem our relationship with the Soviets is getting better and better, so much so that they’re feeling in a giving mood on the entertainment front. At a cinema expo in Russia, the Director of Walt Disney Russia confirmed the first official trailer for the new upcoming Captain America: The Winter Soldier will be attached to the upcoming Thor: The Dark World slated for theaters this November.

Captain America: The Winter Soldier is being directed by the Russo Brothers and brings together an all-star cast including Chris Evans, Scarlett Johansson,  Anthony Mackie, Cobie Smulders, Frank Grillo, Georges St-Pierre, Hayley Atwell, Toby Jones, Emily Van Camp, Maximiliano Hernández, Samuel L. Jackson, and Robert Redford. The movie, scheduled to hit theaters April 2014, has Captain America and the Black Widow teaming up to untangle a web of intrigue that can put the entire world at risk. The duo is joined by the Falcon to face a new, deadly enemy known as The Winter Soldier.