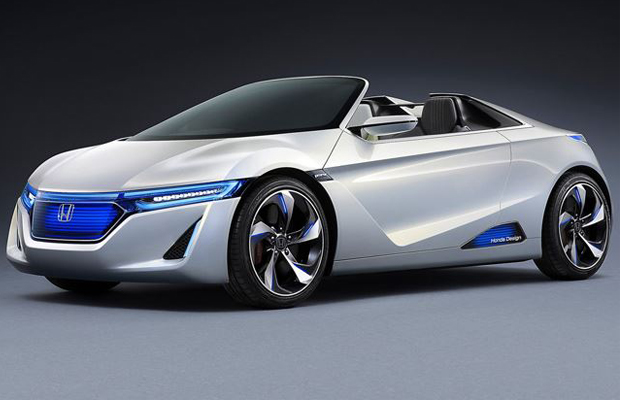 Shots of the Honda S660 Concept have surfaced across the Web for months with talks of the prototype hitting the Japanese market by 2015. The automaker is gearing up to ride the Beat rival into the upcoming Tokyo Motor Show, equipping the car with an “electric powertrain for a 660 cc turbocharged three-pot rated at 64 hp.” Honda is also considering more powerful engines: including a 1.0-liter turbo with 100 hp. Word is the S660 Concept will be the smallest option in a new three-car lineup by the company. We’ll get an official look and specs come late Novemeber.