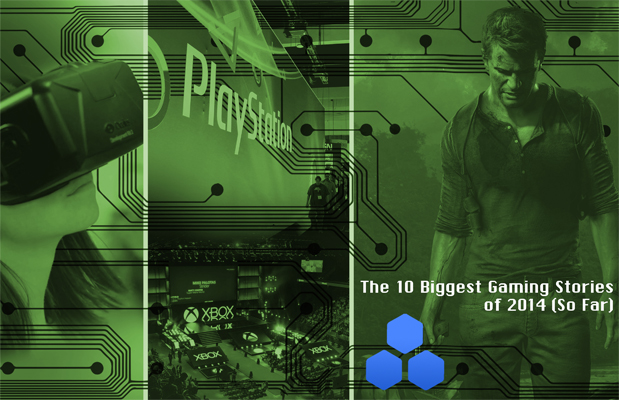 From massive disappointments to overall surprises, this year has proven to at least be an interesting one on the gaming front. Many people predicted 2014 would usher in the next Golden Era of Gaming due to the high competition between Microsoft and Sony. Others believed the industry would succumb to darker times. While none of those events actually came to fruition, it’s fair to say a lot happened without warning.

So many different announcements coming at strange times and even bigger developments transpiring without cause, these past six months alone will stand the test of time as a transition period for the biz. So in passing the mid-year mark, we take a look back at the news briefs that dominated the headlines and impacted the culture. Read up on the 10 Biggest Gaming Stories of 2014 (So Far).