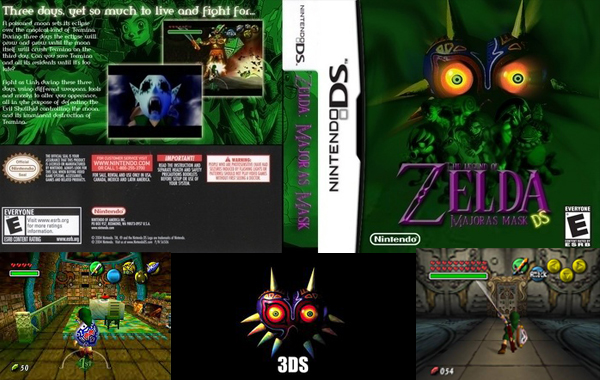 After experiencing the Nintendo 3DS reboot of The Legend of Zelda: Ocarina of Time, we’d yearn for nothing more than to play a 3DS version of Marjora’s Mask. Apparently, so would Nintendo. The Big N has been putting some thought into revisiting the classic N64 title and giving it a 3D facelift.

My Nintendo News got a chance to sit and chat with Nintendo producer Eiji Aonuma as he voiced his opinion on a possibility of Majora’s Mask 3D:

“It’s been 13 years since Ocarina of Time was originally released, and one of the big things that we made this remake possible was that there was an outpour of emotions from people who said they would like to see this game done.”

“We said we could do it in 3D, so we did. I think certainly if there was a similar output of emotion and clamor from fans for a remake of Majora’s Mask, it wouldn’t be an utter impossibility.”

“Thinking on it now, having a handheld Majora’s Mask where you could kind of just set things down on your own time – close it, set it aside and come back to it later – might be a game play element some fans will actually take to and might really appreciate. Especially considering how you really had to rush through the original game, in a sense.”

We’re hoping Nintendo adds new challenges and masks to the remake, but in all honesty, a 3DS reincarnation is enough for us.