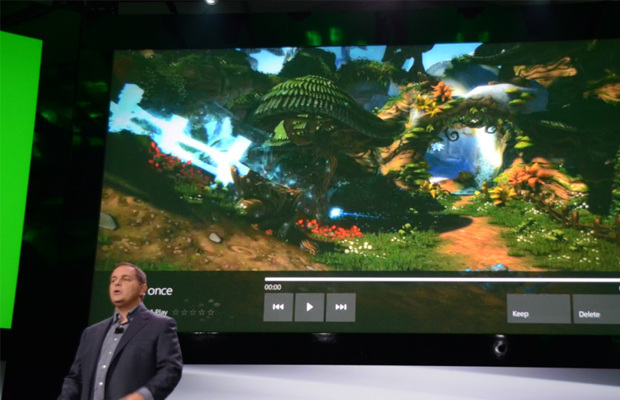 Pre-orders for the Xbox One might be sold out at most electronics retailers at the moment, but the next-gen console is still receiving some flack for its E3 announcements regarding system functionality. Well, hopefully this is something that can soften the blow. During this weekend’s San Diego Comic-Con, Microsoft’s Ken Lobb announced the Xbox One will support a suite of tools for capturing and editing video, automatically recording the last five minutes of a player’s game. So if your game crashes, you’re backed up and good to go.

In response to the announcement, Sony just confirmed with CVG that the PS4 will record up to 15 minutes of video in the background. The next-gen war continues to heat up!