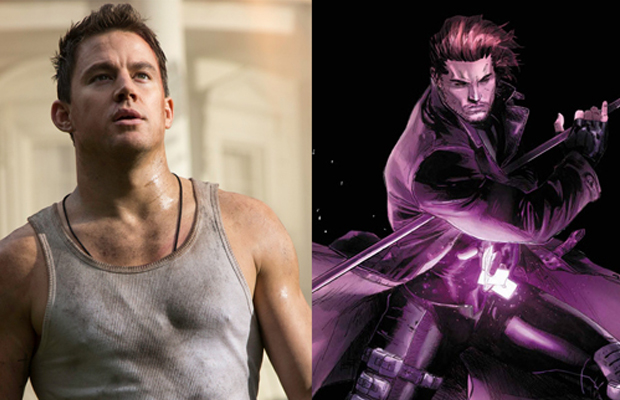 The one X-Men character every Marvel fanboy has been clamoring for is Gambit. His weak outing in X-Men Origins: Wolverine and absence in every other film doesn’t sit well with anyone, leaving us to wonder if we will ever see him on the big screen. Though the thought of a Gambit film continues to make waves around Hollywood and in the forums.

Days of Future Past producer Lauren Shuler Donner has high hopes for such a project, one that stays true to the source material and stars Channing Tatum. During her interview with Empire, Donner said the following:

“I’m dying to do a Gambit movie with Channing Tatum. That doesn’t have to be a great big movie. It’s a thief in New Orleans, it’s a whole different story. He’s on board, and I have to get the studio on board. How can anyone resist Channing? He’s such a sweetheart.”

Kinda takes us back to when Tatum spoke about wanting to enter the Marvel Universe during his press runs for White House Down.

“I would like to play Gambit. Gambit’s my favorite. I’m from New Orleans, around that area. My dad’s from New Orleans, and I like to do a Cajun accent. I could do it for real. No knock on Taylor Kitsch, though, ’cause I actually like his Gambit, but I’ve always lived around Cajun people. Gambit was always like the woman-loving, cigarette-smoking, drinking guy. He was the punk rock of all the superheroes. He’s a thief. He kind of rode the line.”

Do we see it ever coming to fruition? Most importantly, do we even want such a film? Truth be told: 50/50. Expect to hear more about the Gambit film after Fox receives its box office intake for Days of Future Past this summer.