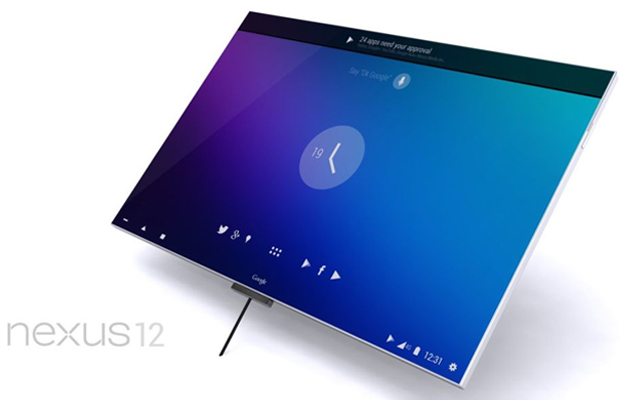 Now that Android KitKat is slowly starting to roll out on most Google-operated devices, we’re all looking to the future and wondering what will the mobile giant’s next user interface look like. Deviantart user TheTechnoToast is already thinking forward, creating this sweet Nexus 12 tablet rendering that looks to feature a concept version of Android 4.5. The UI is both modern and sleek, offering up a dedicated Google Now button in the center of the status bar and an upgrade notification system.