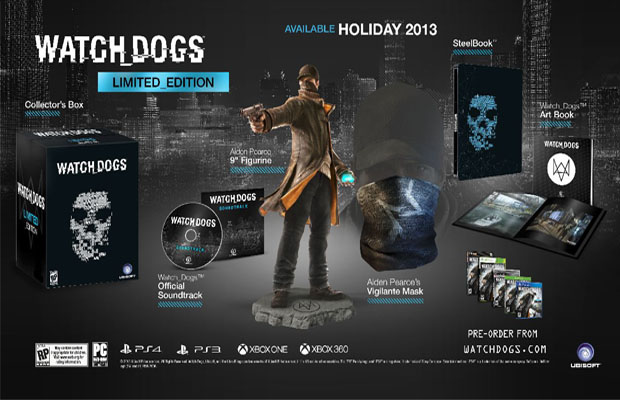 Ubisoft has the most anticipated game of the year in Watch Dogs. Set in Chicago, the game features Aiden Pearce, a new type of vigilante who uses his smartphone to hack into Chicago’s central operating system (ctOS) and control almost every element of the city. Set to drop this holiday season, the publisher just announced a Watch Dogs Limited Edition bundle.

Here are some the goodies found inside:

Watch Dogs will be available on PS4 and Xbox One on their respective system launch dates, along with the PS3, Xbox 360, Wii U and PC on November 19. Make sure you to cop it!