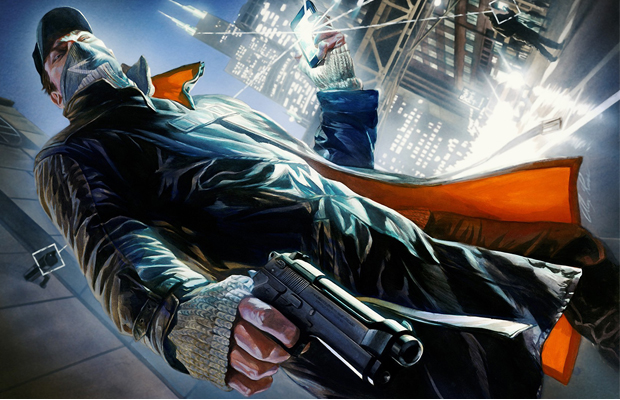 Now that the upcoming open world action-adventure game has an official release date, many might be wondering if Ubisoft has plans of launching a beta before its May 27th launch. That could very well be the case, especially when considering these new reports of people spotting a now-removed Xbox One close beta for the title in the Xbox Games Store.

Reddit user AbleToFail stumbled on the listing and posted it online. While no release date was mentioned, the listing noted the beta was a 23.07GB file and would support eight players via Xbox Live, while offering a single-player option. The description reads as follows:

“You are Aiden Pearce, a brilliant hacker but also a former thug, who’s criminal past lead to a violent family tragedy. In a world led by technology, you will be able to hack and manipulate the city’s systems to stop traffic lights, detonate gas lines, turn off the electrical grid and more. The city of Chicago has become the ultimate weapon for a man bent on revenge.”

Check out the screenshot below for reference. 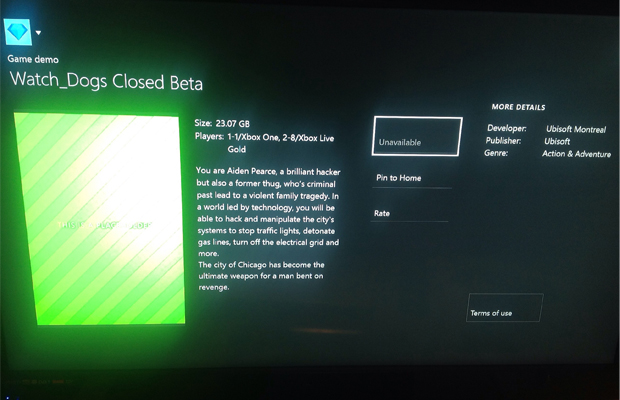 Ubisoft has yet to comment on whether an actual beta will be available on the next-gen console. No surprise there.

Related: Why Did Ubisoft Delay Watch Dogs Till 2014?
Related: Ubisoft and Sony Bringing ‘Watch Dogs’ to the Big Screen