Vin Diesel Voicing Groot in ‘Guardians of the Galaxy’? 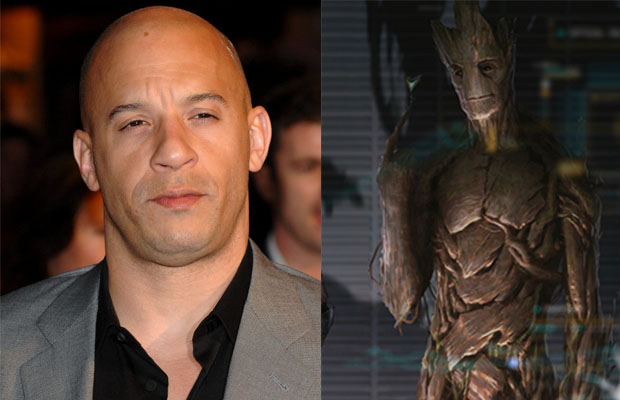 The actor most known for playing Riddick hasn’t kept quiet about his secret meetings with Marvel over the past few weeks. However, Vin Diesel has been silent on what project he was rumored to have joined. Many speculated he would voice villain Thanos in the upcoming Avengers sequel. Looks like those reports were wrong. Instead, Deadline confirms Diesel is in talks to voice Groot in Marvel’s Guardians of the Galaxy film.

If that’s not a sign of confirmation, then the fact that he also changed his Facebook profile picture to one of the talking tree should have blown the surprise for his 45-million-plus followers. Ironically, he did go on to delete the image shortly after, implying Diesel has yet to sign any paperwork.

Would have made for a dope surprise at this weekend’s D23 expo. Oh well. Guardians of the Galaxy is set to hit theaters on Aug. 1st, 2014.