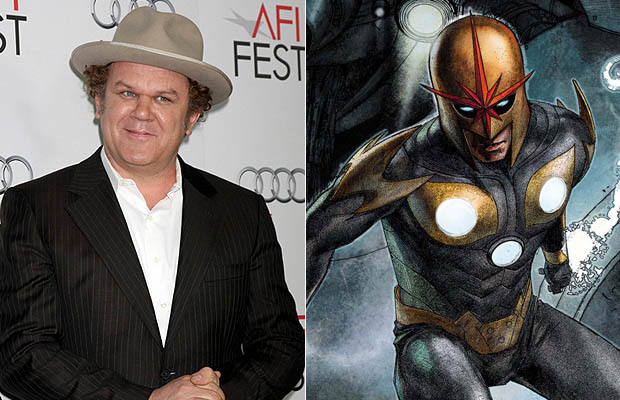 Actor John C. Reilly has already been signed up to star in the upcoming Marvel’s Guardians of the Galaxy movie. Though his role was never truly confirmed. He’s now been stamped to tackle one of the leads in the film.

Reilly will don the helm of Rhomann Dey, leader of the Nova Corps of Xandar and one of the few survivors. Rhomann Dey, after being mortally wounded by Zorr, the destroyer of Xandar, Dey ends up on Earth and bestows his powers on Richard Rider. Reilly, known for playing a dizzying array of memorable characters like Cal Naughton Jr (Talladega Nights), Ralph (Wreck it Ralph) and Amos Hart (Chicago) looks to bring his unique talents to Marvel’s ambitious film, which is part of the company’s Phase Three lineup

Initial reports had him cast as Ronan the Accuser, but his casting as Rhomann Dey begs the question of what story line will the movie follow. Dey was a Nova Prime (leader) in the comics and reports are that Glenn Close has been tapped to play the leader of the Nova Corps. So we shall see how the two will interact.

Guardians of the Galaxies is slated to release August 2014.