Infiniti Supercar Concept Expected in 2017 or 2018 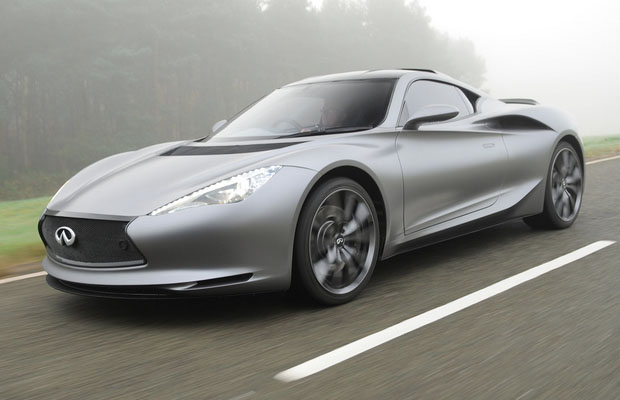 Word on the street is the Infiniti supercar concept is set to launch sometime in 2017 or 2018, with the speedster carrying over the styling cues of the automaker’s Essence and Emerg-e concepts. Infiniti European boss told Autocar it is “still evaluating the layout,” suggesting the company has yet to determine whether its flagship car will sport a front or mid-engine design. A powertrain has yet to be locked in as well, though experts believe it will feature a V6 gasoline engine matted with an electric motor. Reports have the prototype going on sale after the Q3 sedan and rumored QX30 crossover launch in 2015.