Vin Diesel Confirmed to Voice Groot in ‘Guardians of the Galaxy’ 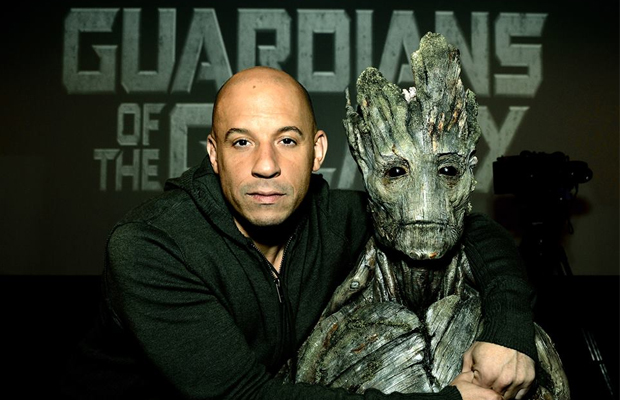 Marvel laid all rumors to rest yesterday, announcing actor Vin Diesel will join the all-star cast of Chris Pratt, Bradley Cooper, and Zoe Saldana in the live-action version of Guardians of the Galaxy voicing the character of Groot. Talks of the Fast & Furious star joining the summer blockbuster have lingered over the past several months, though we now have official confirmation from the film studio. GOTG is set to hit theaters next year on August 1, 2014, along another Marvel blockbuster, Captain America: The Winter Soldier due out April 4.