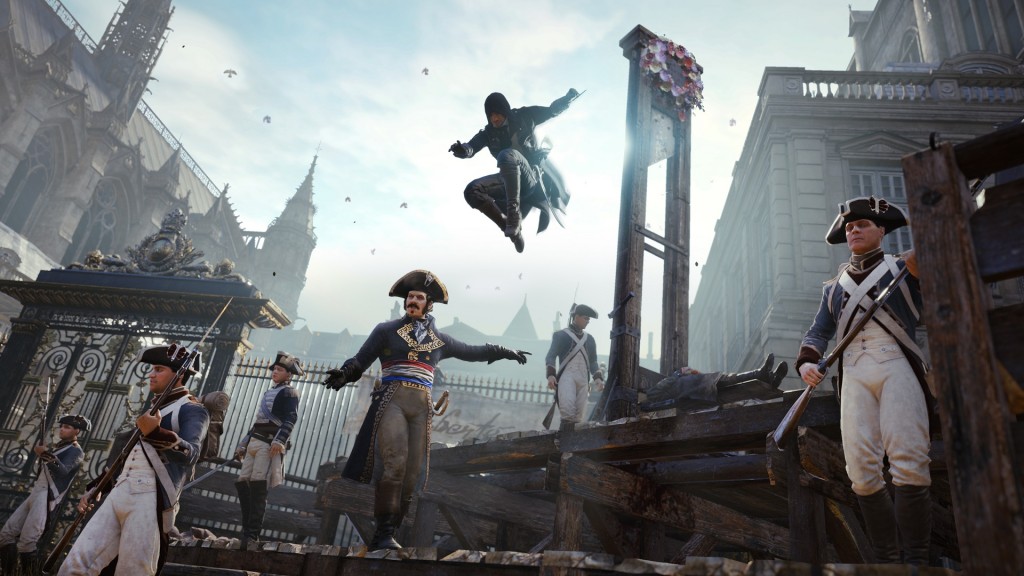 At this point in the industry, it seems like a game’s true release comes after its first major patch and Ubisoft hopes this soft reset will hope the perspective of Assassin’s Creed: Unity. As many of you may know, the game launched to some of the shakiest mechanic bugs and frequent server problems. This immediately rippled through Ubisoft as a company as many gamers decided not to even bother picking up Unity over The Master Chief Collection. Well, Ubisoft hopes to have fixed those problems today.

A small patch, one of many about to be rolled out for Unity, has begun its release attempting to fix the server issues players have been having. We can personally say the Co-Op system seemed to work smoother and faster once the patched rolled out. So as Ubisoft continues to fix upon issues that should have never come up at launch, we will continue to update you with information.

This is a sub 100 mb patch and will take about 40 seconds to download (at least on the Xbox One).

Ubisoft has had no offical release window for their “major” bug fixing patch yet, but this is a good sign that they are working round the clock to remedy an awful situation. Maybe it has something to do with that major stock drop?