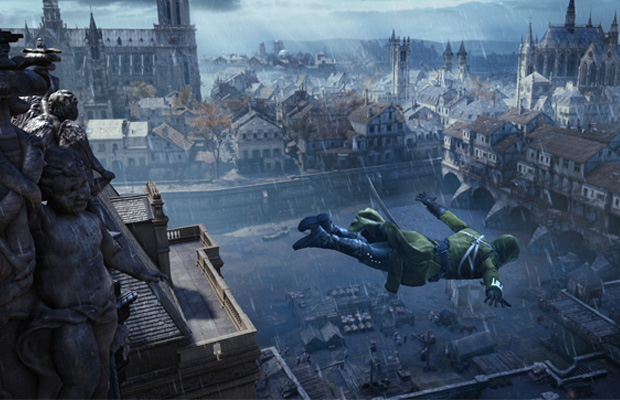 While this may be just a typical trading afternoon, it comes as a shock to many to see Ubisoft’s stock drop so suddenly after a game release. While normally companies like Ubisoft would like to see an increase in stock value following a major release, we can probably guess why the stock dropped so soon. Unity and Rogue (the two Assassin’s Creed titles released on Tuesday) both released with some pretty glaring technical errors. Many people are experiencing severe game breaking glitches and the frame-rate on both games has become a the joke of the internet.

Who knows, maybe Ubisoft had some Internet trading that caused the drop temporarily but it is more likely that this is just general public reaction to the thousands calling foul on Ubisoft’s lack of bug testing pre-launch. 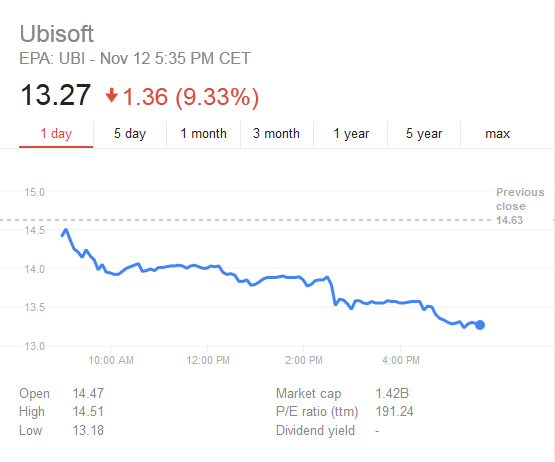 Maybe Ubisoft has gone too far this time. With the amount of trouble Watch Dogs (Ubisoft’s other Triple-A release this year) had at launch, maybe fans have just given up on Ubisoft’s ability to launch a stable game. This problem is certainly something to watch out for in Ubisoft’s third Triple-A title release, Far Cry 4, which launches next week.