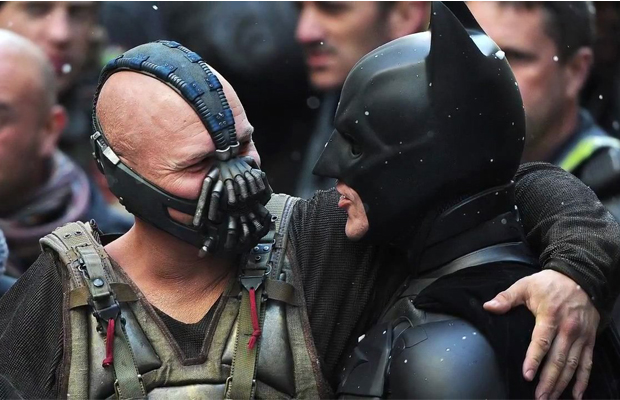 During the UK premiere of This Means War, star Tom Hardy took some time out to discuss his portrayal of Batman’s backbreaking nemesis, Bane, for the upcoming The Dark Knight Rises. One of the biggest criticisms Hardy’s faced thus far has been Bane’s vocal work in the film, which many viewers complained about after viewing the six-minute prologue attached to Mission Impossible: Ghost Protocol. Well, you guys weren’t the only ones suffering, as the actor admits to having trouble adapting to Bane’s ridiculously tight mask in the film, while also mentioning how he separated himself from the role:

“Bane’s mask is tight, actually. I got used to it, but you get used to anything really, in time…I didn’t get into a dark place at all. A lot of dark characters are easy to have distance from, it’s something I feel comfortable with, I suppose.”

Kudos to The Press Association for the coverage. The Dark Knight Rises hits theaters July 20, 2012.