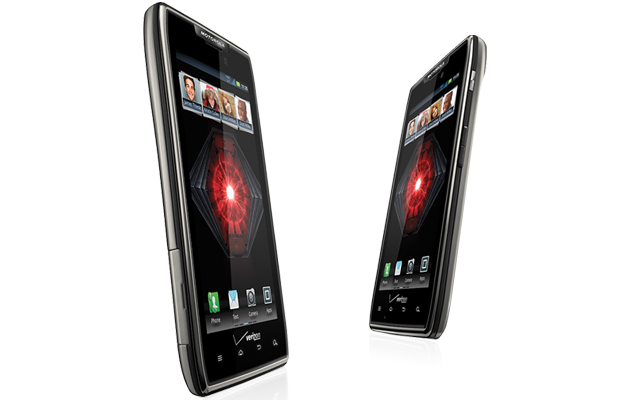 From its incredibly slender profile to its high-ranked benchmarks, the Motorola Droid RAZR clearly stands as one of the market’s best handsets. But like every other LTE-enabled phone, it’s been labeled an energy guzzler that suffers from weak battery performance. And with the phone’s backside reinforced with Kevlar, the notion of swapping out batteries is thrown out the window. Sucks, we know. However, Moto’s made great strides with its Smart Actions features, which supports a number of power saving options, and is determined to build a long-lasting smartphone by combining its intuitive software with an even larger battery pack for the Droid RAZR Maxx. After spending some quality time with Verizon’s new powerhouse, mobile experts have weighed in on the second-gen Android handset. Impressions…

Brian Bennett (CNET)
“Despite a beefed-up battery, the Motorola Droid RAZR Maxx is crafted in a very slim and attractive design that’s built to withstand the occasional drop, scratch, and liquid spill. It has the same gorgeous 4.3-inch Super AMOLED Advanced display, 1.2GHz dual-core processor, and fast Verizon 4G/LTE data as its predecessor while retaining powerful multimedia chops and tight security features…The Motorola Droid RAZR Maxx proves that a powerful Android superphone can remain thin yet still promise marathon-worthy battery life. If you can live without Ice Cream Sandwich and have big hands, the Maxx is extremely compelling.”

Jordan Crook (TechCrunch)
“The Razr lasted for four and a half hours with constant (and varied) use. The Maxx, on the other hand, stuck with me for eight hours and fifteen minutes. For those of you following along at home, that’s almost double the battery life. If I use the phone like a normal human being (read: not Google Image searching random names constantly), it lasted a full day and on into the next day before it needed a charge around 11 am. This is with Wifi and 4G LTE in use…I’m a bit concerned about the overheating issue, but I’m also aware that I was using the phone in a way that most users won’t since I was testing. Still, if you’re a power user, I’d think twice about this and maybe see how others are faring as far as freezing is concerned.”

Hubert Nguyen (Ubergizmo)
“Let’s cut to the chase: Motorola nailed it! With a gigantic 3300mAh battery capacity, Motorola has basically made 4G LTE a viable option, even for those who don’t want to “baby sit” the battery (most people, basically), or be anxious about it…The Motorola Droid RAZR Maxx is an excellent smartphone (up from “very nice” for the Droid RAZR). Overall, both RAZR phones are very similar and but the nearly double-sized battery capacity makes the user experience much better as it removes the battery “anxiety”, and the Motorola software allows for further optimization that can extend the battery life even more. 3300 mAh: wow. Just wow. Coming from a Galaxy Nexus LTE, I miss some aspects of Android 4.0, but in the grand scheme of things, battery life trumps Android 4.0, at least for me.”

Ginny Mies (PC World)
“Not only did battery life hold strong in these games, but performance was excellent. The graphics look terrific on the Razr Maxx’s display and gameplay was smooth without any glitches. Overall, this is an excellent gaming phone….The Droid Razr Maxx greatly improves upon what was perhaps the biggest weakness of the Droid Razr: battery life. If you plan on watching a lot of video or doing some heavy duty gaming on your phone, the Razr Maxx is a good match for you. If you’re looking to save money, however, you might opt for the original Razr; it costs $100 less than the Razr Maxx.”

Mark Spoonauer (LAPTOP)
“A high-capacity battery inside a svelte design makes the Droid RAZR Maxx a 4G LTE phone with equal parts speed and endurance….Because of its extra-long endurance, we prefer the RAZR Maxx to the Droid RAZR, even though the latter phone is thinner and lighter. We much prefer the software and more polished user experience offered by the Galaxy Nexus, but Ice Cream Sandwich loses some of its sweetness by the middle of the day, when you’re hunting for an outlet.”

Michael Crider [Android Community]
“So, what’s the RAZR MAXX’s battery life? Your mileage will vary, of course, depending upon your usage patterns and area. My experiences over a week of use lead me to believe that no ordinary user could exhaust the RAZR MAXX’s battery with a single day of normal use. When left alone, the phone draws almost zero power on idle – or at least seems that way. …If you’re trying to decide between the DROID RAZR and DROID RAZR MAXX, stop. You want the MAXX. A little less fashion appeal is absolutely worth it for the best in a short field of all-day battery champions.”

Brad Molen [Engadget]
“That’s right — the Maxx lasted 16.5 hours playing the same video over and over before giving up the ghost. Running the same test on the original Droid RAZR yielded nine hours of battery life, which is respectable, though nowhere near this impressive. We charged up the Maxx again, used it moderately for a full day and a half and the phone was still at 40 percent. The next morning we awoke to find the Maxx was still sitting pretty at 20 percent. …The Droid RAZR Maxx may deliver a lifetime of mammoth proportions, but we can’t help but have mixed feelings. Why? As too often is the case (the Samsung Skyrocket series on AT&T comes to mind), Motorola and Verizon are hard at work pushing too many RAZR devices at once, and early adopters are left as the victims.”

Jared Newman [Techland]
“After one movie–approximately two hours in length–with Wi-Fi off and 4G LTE on, the Maxx’s battery meter read 50 percent. A second two-hour movie killed the battery about 15 minutes short of the credits…With the screen turned on around the clock, the Droid Razr Maxx died just under the 24-hour mark…If you’re looking for a Verizon Wireless Android phone and battery isn’t everything, you can do better than the Razr Maxx.”