‘Thor: The Dark World’ Releasing in IMAX One Week Early… 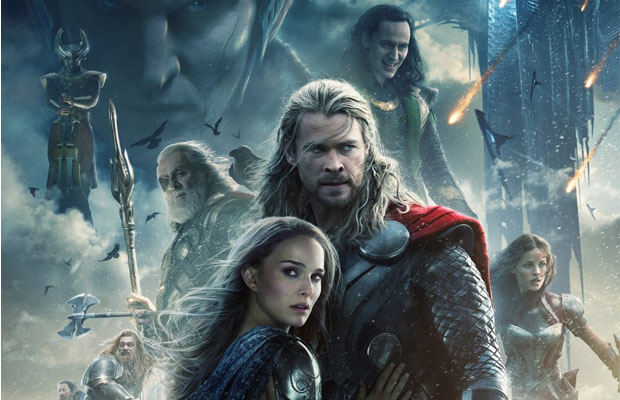 Marvel looks to spoil international audiences early by showing Thor: The Dark World in IMAX one week before its official release date of November 8th. The film will be digitally remastered on October 30th in select countries. Director Alan Taylor has been filming additional scenes dating back to last week. However, there’s still no word on whether the sequel will be distributed in IMAX for the states. That would be a shame.

Read the press release below:

“Like all the dynamic Marvel characters, Thor has developed a massive global following, and we look forward to moviegoers experiencing this highly anticipated next chapter in IMAX 3D,” said Greg Foster, CEO of IMAX Entertainment and Senior Executive Vice President, IMAX Corp. “We’re excited to continue to build on our flourishing partnership with Marvel and Disney with this iconic property.”

“All the nine realms will be stunningly displayed when Thor: The Dark World arrives in IMAX 3D,” said Dave Hollis, Executive Vice President, Theatrical Exhibition Sales and Distribution, The Walt Disney Studios. “We continue to have great success with IMAX and are thrilled to once again work with them to bring the Marvel Universe to life in this premium format.”

The IMAX release of Marvel’s Thor: The Dark World will be digitally re-mastered into the image and sound quality of The IMAX 3D Experience®with proprietary IMAX DMR®(Digital Re-mastering) technology. The crystal-clear images, coupled with IMAX’s customized theatre geometry and powerful digital audio, create a unique environment that will make audiences feel as if they are in the movie.