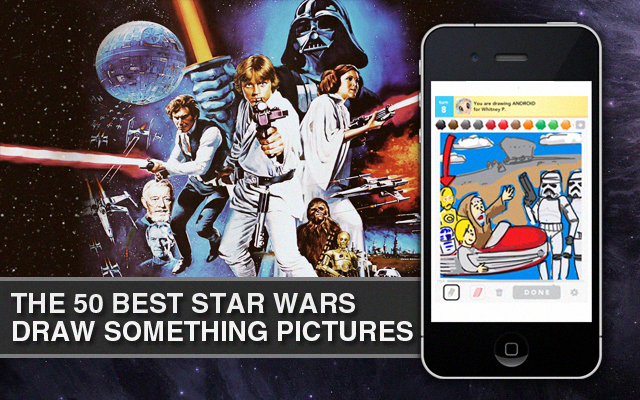 May 25, 1977—the day Star Wars: A New Hope AKA Episode IV officially hit the big screen. Today marks the 35-year anniversary of the film’s theatrical release and we couldn’t let that pass without paying homage to George Lucas’ sci-fi masterpiece. Our form of tribute: Draw Something art. Granted the once-crazed mobile app has lost millions of Android and iOS users over the past several weeks, the art-inspired game has brought us some ridiculously awesome Star Wars fan art. From fan-fav characters to iconic film scenes, celebrate the milestone by browsing through the 50 Best Star Wars Draw Something Pictures.