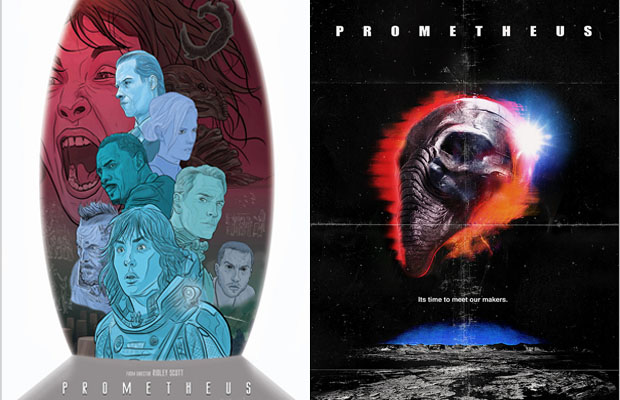 The 2012 summer blockbuster season is officially underway with Marvel’s The Avengers already annihilating the box office. While all the hype continues to surround the usual suspects such as The Dark Knight Rises, Men in Black III, and the Amazing Spider-Man, the industry and diehard sci-fiers are buzzing over Ridley Scott’s return to the genre he practically defined. The film: Prometheus. The trailers alone have us ready to line up outside of theaters on June 1st. But it’s these awesome fan-made one-sheets that add to the anticipation. Here’s 10 more reasons to get excited about Prometheus.