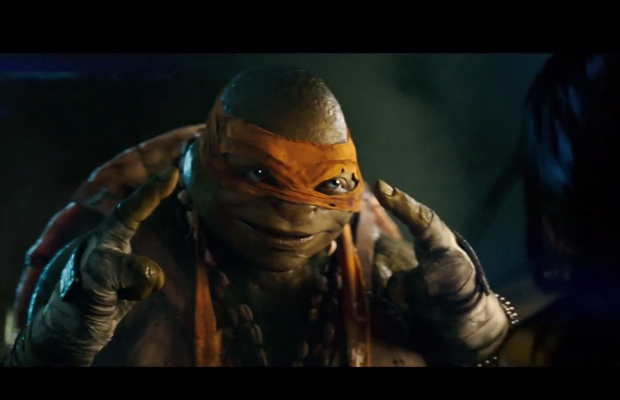 You read the reports, saw the leaked shots, and moaned over every decision producer Michael Bay has come up with. Now Paramount Pictures has gone on to officially release the first trailer for the upcoming Teenage Mutant Ninja Turtles reboot. Our initial reaction: it could be worse. Viewers will sense the struggle to balance comedy with the darker tone Bay is trying to exude from the comics. But hey, you be the judge. Check out the TMNT visual below to get a first look at April O’Neil(Megan Fox), Leonardo, Michelangelo, and Shredder’s helmet.