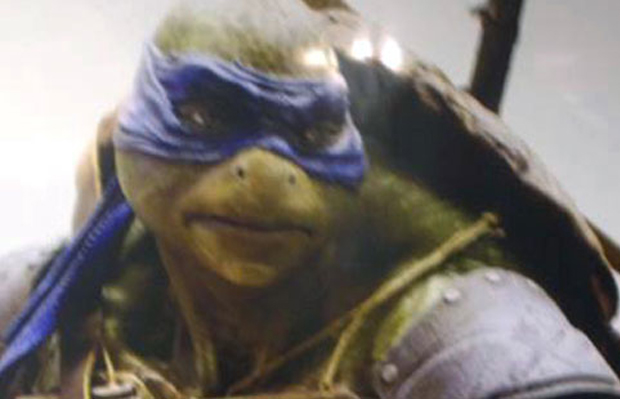 Get a good look these shots before Paramount forces us to take it down. Anyhow, recent images of the TMNT reboot hit the Internet over the past 24 hours showing Leonardo and main nemesis, Shredder. Though CMB stumbled upon an interesting find with the latter photo that was apparently sent by a source “close to production.” Under examination, the site looks to point out another villain, which it believes to be Krang. At least that is what its sources say.

CMB discussed a number of possibilities from Shredder and Krang being “one in the same” to both entities being separate like in the cartoons. The site’s comment section lit up and also brought up another scenario with this version of Shredder being Ch’rell aka Utrom Shredder.