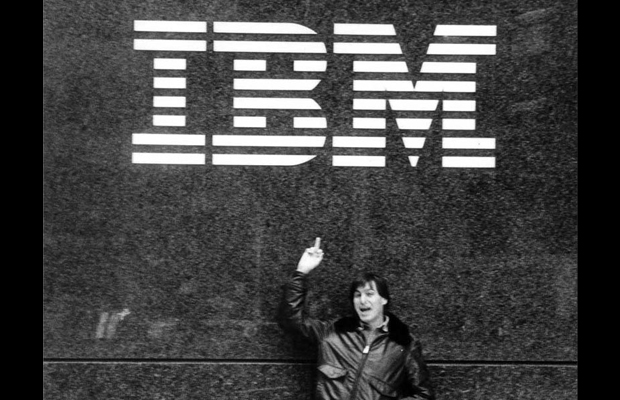 Just yesterday we we’re treated to some secret gems from Apple’s vault with its Ghostbusters parody-inspired Blue Busters internal ad. Today, we disvoer one of the original members of the Mac team that worked alongside Steve Jobs, Andy Hertzfield, has posted this rare photo of the tech visionary on his Google+ page. The photo taken nearly 30 years ago features Jobs pointing his middle finger at rival IBM, while passing by its New York City offices during the near launch of the first Mac. We’re sure if he was still alive, he’d share the same sentiments. “The photo was taken spontaneously as we walked around Manhattan by Jean Pigozzi, a wild French jet setter who was hanging out with us at the time. Somehow I ended up with a copy of it,” said Hertzfield. Keep’em coming dude. Check out the full shot below. 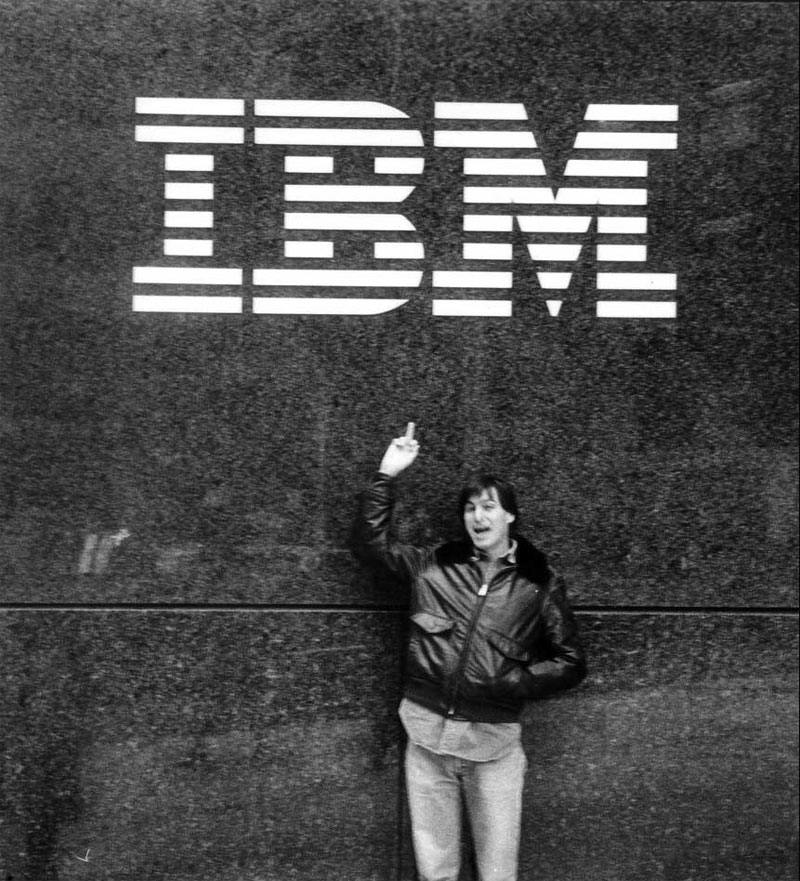