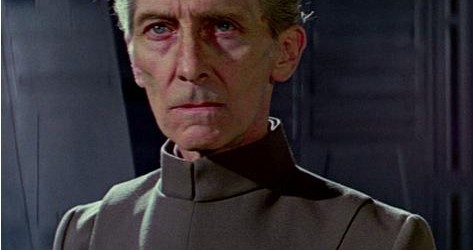 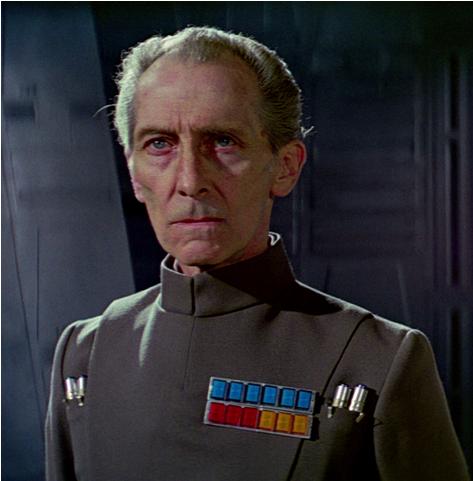 Even though Star Wars Episode VII: The Force Awakens is on the to-see-in-theaters list for every fan of the Star Wars franchise, another project set in a galaxy far, far away, is quietly mustering as much as attention as the upcoming sequel. Rogue One: A Star Wars Story is set for release by late 2016, but already features a powerful cast including Felicity Jones and Forest Whitaker, a competent director in Gareth Edwards and a fascinating story about a small faction of rebels sent on a mission to steal the battle plans of the Death Star for the Rebel Alliance. The first chapter of the Star Wars Anthology series is hinting that Darth Vader may have some level of influence in this movie and now word is spreading that Grand Moff Tarkin may have a part to play in this heist thriller as well.

In the original 1977 Star Wars, Peter Cushing played evil Grand Moff Tarkin, commander of the Death Star and ‘boss’ of Darth Vader.
In the new film Cushing, who died of prostate cancer aged 81, will be painstakingly brought back to life using the latest Computer Generated Imagery (CGI) techniques.

This certainly adds a fascinating wrinkle to the production of Rogue One. This is still just a rumor though; the character of Tarkin may have some level of involvement in Rogue One yet the studio could also bring in actor to play Tarkin rather than use CGI to recreate Tarkin in Peter Cushing’s Image.