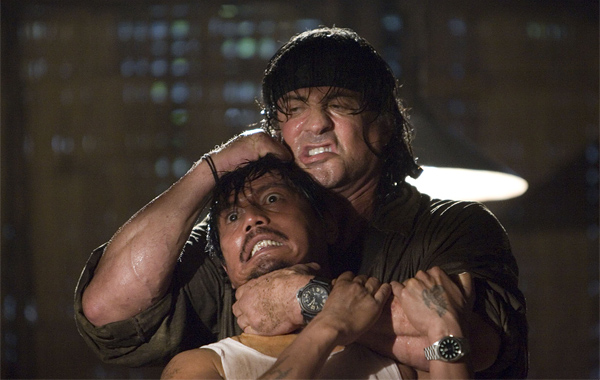 “Rambo 4” wasn’t a critical smash, but it did more than 100 million worldwide in box office sales. Translation: Guaranteed Sequel. Series star Sylvester Stallone was already at work on the script for the 5th “Rambo” film, but now thats been scrapped. In an interview with Empire Magazine, the action star discusses why he decided to cancel the project, while touching on a possible sequel to his highly anticipated 80’s action fest, “The Expendables.”

“I think Rambo’s pretty well done. I don’t think there’ll be any more. I’m about 99% sure…I was going to do it..but for Rambo to go on another adventure might be, I think, misinterpreted as a mercenary gesture and not necessary. I don’t want that to happen.”

Stallone continued by talking how “The Expendables 2” is already being worked on:

“We are very serious… we’re already working on an [Expendables] sequel.”