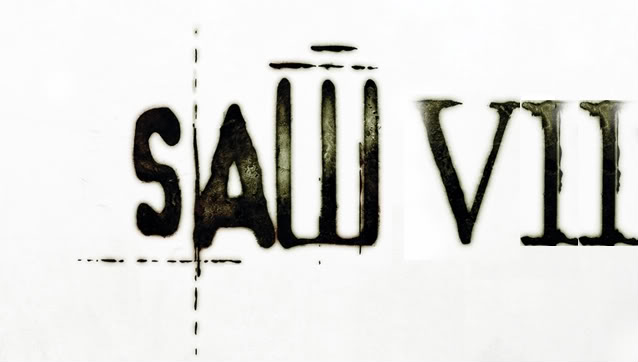 Scribers Patrick Melton and Marcus Dunstan sat down withBloody Disgusting to discuss the seventh, and hopefully final installment of the “SAW” series. Jigsaw’s role, the most gruesome trap yet, 3D…pretty interesting stuff.

BD: How much of Tobin Bell will we see in ‘Saw VII’?

Marcus: Actually, I don’t think we’ll know until we see the movie…we know he was there for the shoot, so we’ll see!

Patrick: He’s in it, and his character is very important to the plot, where the plot begins and where the plot ends. Very important. Cause we know at the end of [‘Saw 6’] there’s problems lingering, because somebody didn’t die who was supposed to die, and somebody’s now likely being pursued by the person who’s supposed to be dead. And they both trace back to John Kramer. So…his being is integral to the plot.

BD: How substantial is Cary Elwes’ role in the movie?

Marcus: We’re gonna have to be careful when it comes to that sort of a thing, but the one thing I’m very confident that we could reveal, is that…it’s not old footage.

BD: You guys think this is actually gonna be the last ‘Saw’ film?

Marcus: That’s another thing we can’t –

Patrick: I don’t know. I don’t know if it will be. But once the dust settles and the credits roll, you’re certainly gonna feel a great amount of closure on where the franchise began and where it ends at the end of this one.

BD: Was the 3-D aspect of ‘Saw 7’ constantly on your mind when you were writing?

Patrick: In terms of coming up with the traps and stuff like that, is there’s always chatter; is that trap that you guys are talking about gonna be a 3-D moment? And so we’re all very aware of that. No one wanted to make one of those gimmicky 3-D horror movies, where things just randomly come at the audience. They wanted it to be a little more organic to the story and not really draw attention to itself. So it is more immersive than some of the other 3-D movies that we’ve seen. And it was shot in real 3-D, so it’s not a cheap gag to get three more bucks out of everybody. It was very well thought through, and conceived and all that…a lot of the traps are gonna be really…[taking on] a new dimension.

Marcus: I will tell you this. There’s a trap we’ve wanted to put in a ‘Saw’ movie ever since we had the chance to work on this. And it’s four years now! It’s the most brutal thing. First time: ‘No, that’s too violent!’ Second year: ‘No, that’s too disgusting!’ Third year: ‘No, that’s just wrong!’ This year: ‘Ok, fuck it. Bring it.’ [Laughs] I was so proud to see it unleashed. And with the added technological leap of 3-D…oh, it is definitely three “die”-mensions. [Laughs]

BD: So you guys were actually told this was just too extreme for a ‘Saw’ film?