Stallone Is ‘Dying’ To Make ‘Rambo 5’ 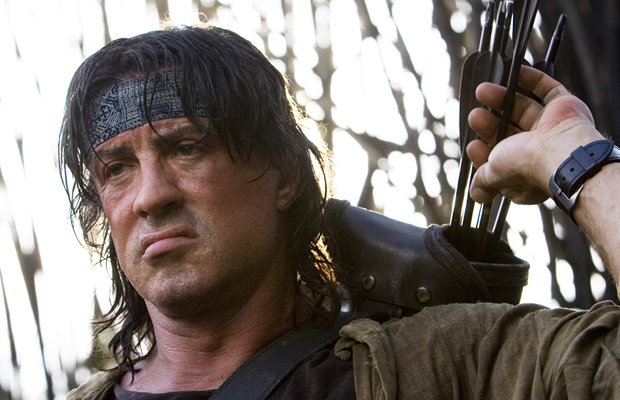 As Sylvester Stallone comes close to wrapping up The Expendables 2 and Bullet to the Head, the mega action icon finally speaks up on the delayed Rambo 5, which is still in development purgatory. In an interview with Macleans magazine, the actor discusses wanting to making the sequel, stating the following: “I’m dying to do another Rambo. He’s in Arizona on the border. It will involve him going into Mexico. I don’t think Rambo likes Mexicans.” Lol. Sorry, that last part is pretty hilarious.

The last tidbit we heard concerning the fithquel was that Stallone looked to finish The Expendables 2 before stepping into the combat boots of John Rambo one more time. In addition, attached screenwriter Sean Hood confirmed the film’s script is complete and had spoken to Stallone about it. Nothing is over! Nothing!

Read up on the latest turmoil concerning The Expendables 2 rating change, as well as other casting news here.