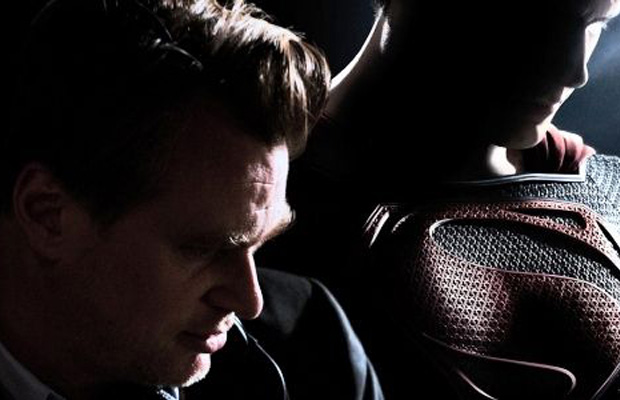 Latino Review sent DC fanboys into a frenzy this morning after reporting not one, but THREE major developments regarding the Justice League film. For those whom are just catching on the progress of the pre-planned massive superhero outing, the film’s practically went back to square one when writer Will Beale’s treatment had been turned down by Warner Bros. So the studio is in grind mode right now and looking to pull out all the stops to get this project off the ground and have it reach Avengers heights.

The first rumor out there is the possibility of The Dark Knight trilogy mastermind, Christopher Nolan, coming into the fold to produce the film. LR’s El Mayimbe stated the following during a video report: “Christopher Nolan has completely taken over the DCU at Warner Bros. Anything having to do with these super heroes, goes through him now.” Word? Hey, if that’s the case, then we can only expect great things moving forward…if true.

The second big piece of news comes from actor Christian Bale being courted to return in the role of Batman, at least according to LR: “They’re shaping this as a vehicle for Christian Bale to reprise his role as Batman and join Henry Cavill‘s Superman in the Justice League movie.” Last, but not least, rumors have Man of Steel director Zack Snyder playing an integral role in the film’s production process, possibly tackling on directing duties: “So like with Man of Steel, [Nolan’s] going to be involved with godfathering/producing while Zack Snyder will be co-producing and will possibly be the director.”

Something tells us we’ll hear some confirmations heading into the Man of Steel release this summer. Let’s just hope the box office treats Superman right.