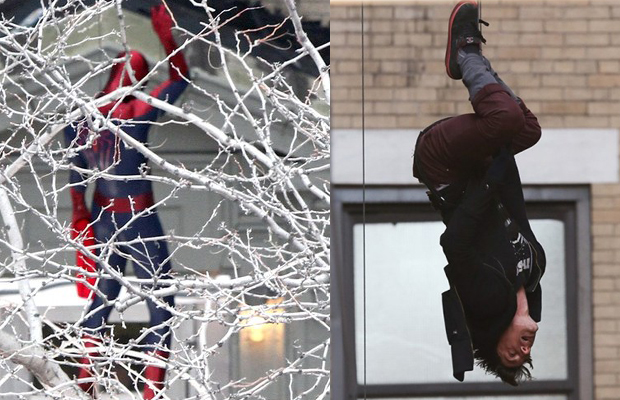 Unfortunately, no Jamie Foxx, Paul Giamatti, or the gorgeous presence of Gwen Stacey herself, Emma Stone. Instead, we get lead Andrew Garfield practicing his spidey craft on-set as he dangles upside down and chillaxes in the trees. However, we do get a glimpse of the character’s new body suit, though fabric details remain hush for now.

Plans are to shoot the entire film in New York City as per director Marc Webb’s request, so expect to see some more interesting film shots appear on the Web in the next coming months. Hopefully we get a glance of the new Mary Jane Watson (Shailene Woodley) and Harry Osborn (Dane DeHaan). The Amazing Spider-Man 2 hits theaters May 2nd, 2014 in 3D. Peep some of the other on-set photos below (courtesy of Gossip Center and Zimbio)

Related: The 13 Coolest Fan-Made ‘Amazing Spider-Man’ Posters
Related: The 12 Most Anticipated Movies of 2013 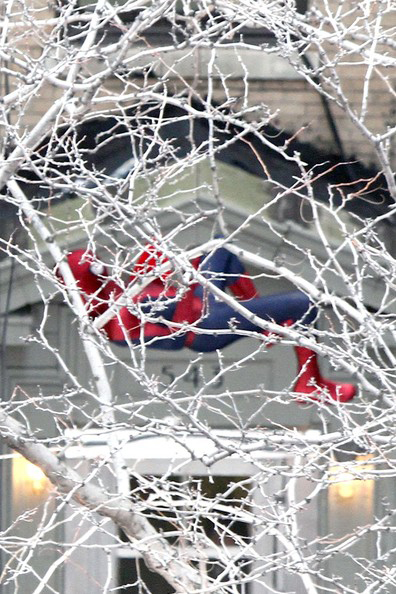 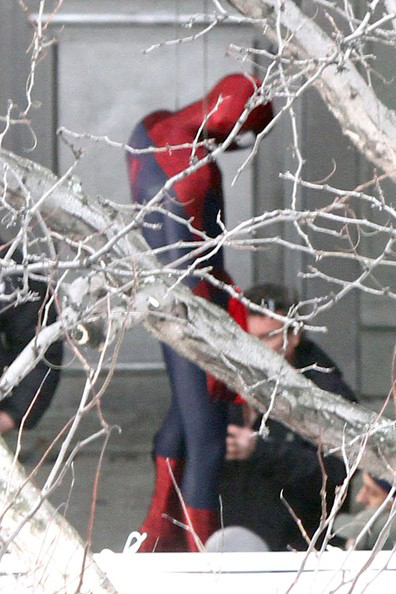