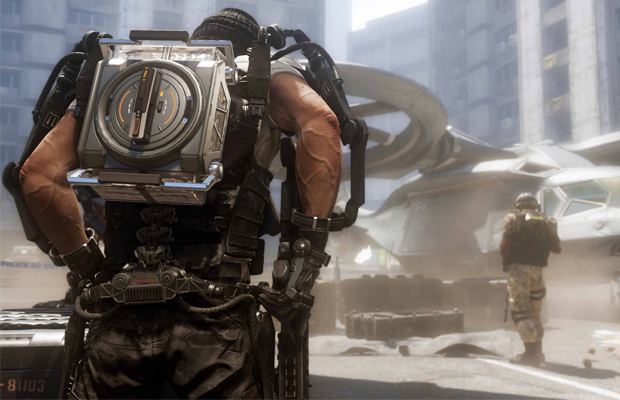 Of all the Call of Duty developers, Sledgehammer Games has always been under the microscope. Maybe it’s because the studio only has one real game under its belt, that being Modern Warfare 3. But the fact that it’s tackling what is by far the biggest title in the series (so far) means Activision has complete faith in the team. And Sledgehammer is telling fans not to have a canary, reassuring that all is good in the COD universe.

The team spoke with GameInformer on what the company’s aims where for Advanced Warfare with senior development director, Aaron Halon, speaking up first:

“We really look closely at a lot of different things. The pacing is different, things that are – there’s very core things that Call of Duty [does] that won’t change: 60 frames per second, the moments and things in it that are very memorable in the game. But out take on it – our spin on it is different.”

“Yea, we’re really looking forward to sharing more because we think we have mor meaningful way to make this franchise feel like it’s got it’s got its Sledgehammer mark on it.”

Then co-founder Glen Schofield went on to share his appreciation for having creative freedom with the project:

“We approached this like we would any new IP. I mean, this has been one heck of a creative challenge. I mean, everything is brand new in the game.”

Schofield did mention that Advanced Warfare will present “some pretty big experiments to the core mechanics that’ll effect multilayer and every mode of the game.”

Halon closed things out by claiming all is in good hands and “don’t worry about it.” “I mean, look, again, we’re fans. We’re really scrutinizing what we’re doing ourselves and can’t wait to show the stuff off,” he continued.