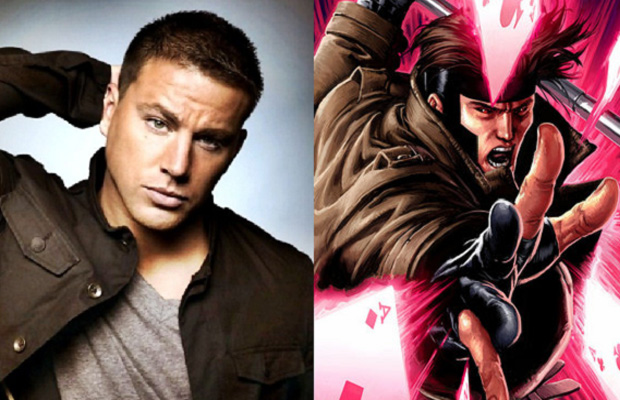 Back in late January, X-Men producer Lauren Shuler Donner expressed interest in doing a possible Gambit spin-off with Channing Tatum on her wish list to play the lead. Guess it didn’t take long for Hollywood to come knocking on the actor’s door, as Tatum confirmed he’s been in talks with Donner about the possibility of joining the Marvel universe. MTV caught up with him to discuss the matter, to which he shared the following.

“I met with Lauen Shuler Donner. And I would love it. Gambit is really thr only I X-Man I’ve ever loved. I mean I’ve loved them all, they’re all great, but I guess from being down south – my dad’s from Louisiana, I’m from Mississippi, Alabama, Florida – I don’t know. I just related to him. He’s just kind of suave…He’s the most un-X-Men X-Man that’s even been in X-Men. Other than maybe Wolverine, who’s like the anti-hero. He’s a thief. He’s not even a hero. He’s kind of wlaking the line of grey…He loves women and drinking and smoking and stuff so he’s just a cool guy who happens to have a moral center…I hope it [comes together]. You never know it’s a weird industry. If the stars align, I would die to play it. I’m already working on the accent. It’s crappy at the moment.”

Perfect timing to break the news, especially with Days of Future Past scheduled for release in the next month. Those who have yet to watch the final trailer for the upcoming summer blockbuster can check it out here. If not, feel free to watch Tatum talk on-camera about his affinity for the infamous X-Man.