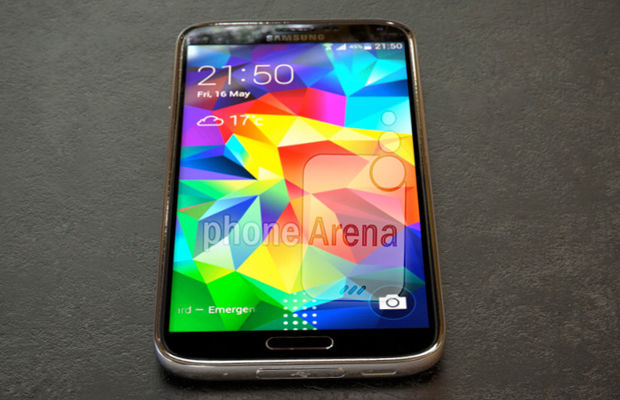 We’ve heard all the rumblings of Samsung releasing a higher-end version of its flagship phone this summer, which would be dubbed the Galaxy S5 Prime. And while an earlier Bluetooth listing didn’t exactly confirm the device, these new leaked shots from PhoneArena could serve as proof of the company’s forthcoming metallic model.

The images show off the device’s aluminum chassis with brushed-metal edges, along with a new speaker grill spotted at the bottom of the phone. You might also notice the incredibly vibrant screen, though it’s unknown whether we’re staring at the long-rumored QHD screen with 2,560 x 1,440-pixel resolution.

The Galaxy S5 Prime is also being rumored to feature 3G of RAM, the newest Android OS, and the latest Qualcomm Snapdragon 805 chip. Samsung will look to keep intact its 16MP camera and dimpled plastic design. The headset will compete with LG’s upcoming G3 smartphone, another device slated to feature a metal chassis and QHD display. But let’s be honest, there’s no real competition there. 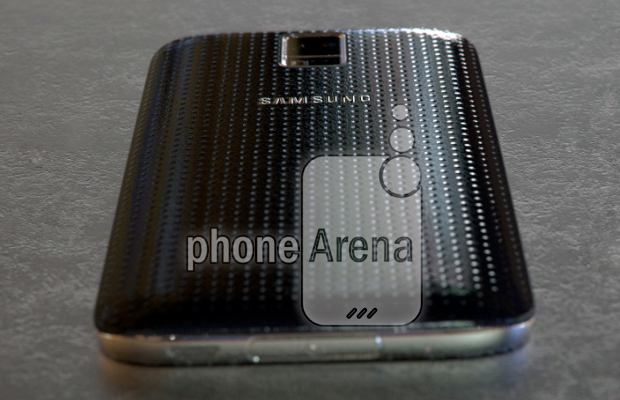