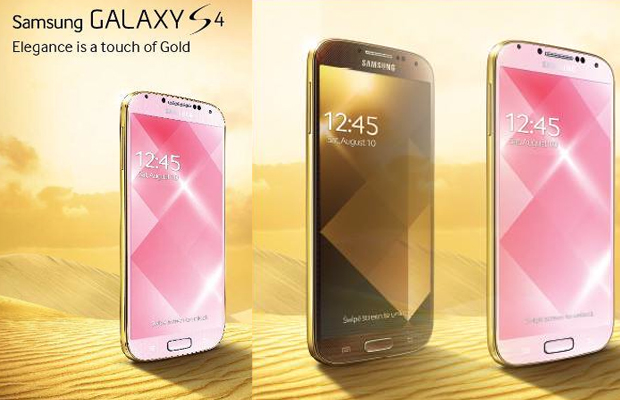 That was quick. Only a few days after Apple launched its gold iPhone 5 model, Samsung’s decided to jump on the same bandwagon, announcing two Galaxy S4 gold models for future release. The devices were teased on Sammy’s United Arab Emirates Twitter account, showcasing an all gold and pink with gold variants. Whether or not the smartphones are set for a US release has yet to be determined, though it seems more likely the international market might get first dibs on it.