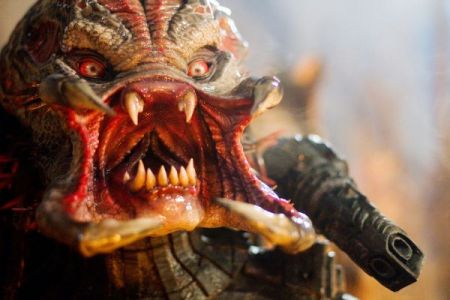 It didn’t pull in big numbers like “Aliens vs Predator,” but “Predators” did well enough to get the sequel treatment. At least that’s what producer Robert Rodriguez discussed with fans at Comic-Con 2010. Here’s what the “Sin City” director had to say about 20th Century Fox’s decision:

“[The studio] said, ‘Let’s do some other ones. What other story ideas do you have?…Because it was like, let’s test out the market with this one. They really wanted it to be pretty contained, pretty scaled-back. They didn’t want to put too many of the ideas into it that we could save for a second one. So we could see what the appetite was, because the bigger movie would actually be what comes following that. That kind of sets up a new storyline, new location and world, and then you can really go crazy from there.“

We’re curious to see where the franchise can go from here. Rodriguez should take full control of the sequel, from writing to directing!