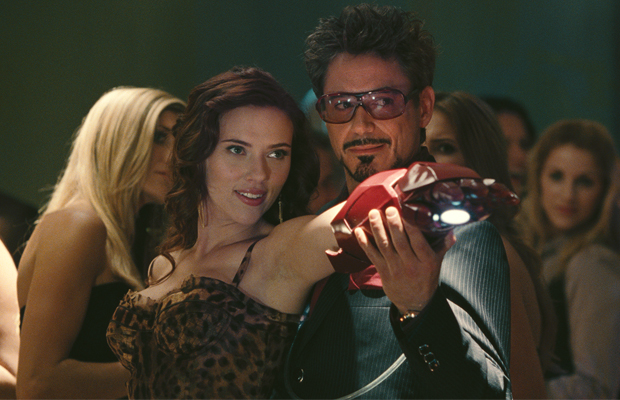 There has long been talk and demand for Scarlett Johansson to star in her own movie the Avengers femme fatale: Black Widow. In a recent interview with USA Today, her Avengers co-star Robert Downey Jr. shared his thoughts saying, “It just seems like whatever Scarlett does, people want to go see it.” So does the starlet deserve a break considering her approaching motherhood?

Not according to the box office numbers. Johansson’s summer thriller Lucy beat Dwayne Johnson’s Hercules at the box office, and has remained at the top of the charts since its July 25th release. Downey followed up by explaining that, “honestly at this point everyone deserves a franchise.” Taking on the role of Black Widow in a spin-off film would result in Marvel’s first female-led superhero to star in a franchise, and there is much debate about possible gender constraints that have prevented the movie from coming into production.

Fans of the series are certainly in support of the concept, and considering Johansson’s past box office success, who is to say that a Black Widow franchise won’t come together in future years?

Related: James Gun Confirms Ms. Marvel Won’t be in ‘Guardians of the Galaxy’