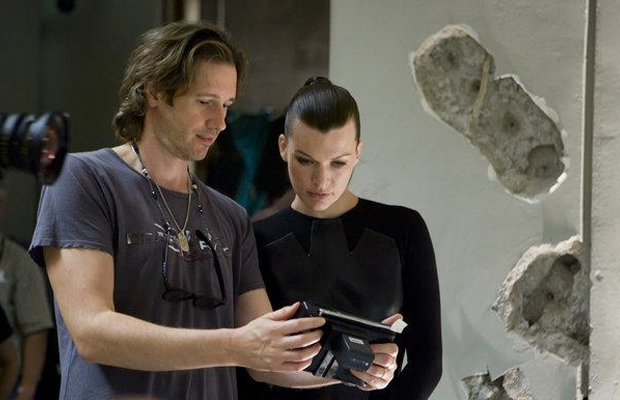 Despite the previous films in the franchise being critically panned, moviegoers have anticipated new details on the upcoming the sixth Resident Evil installment these past several months. And while it’s been known that helmer Paul W.S. Anderson would be returning to the director’s chair, nothing else was ever shared…until now. During a recent chat with Collider, Anderson revealed the new title for the film:

“Resident Evil: The Final Chapter is the working title. It may end up being the final title, but that’s what’s written on the front page of my script…I’m right in the middle of [the first draft].”

Reconfirming the film’s moniker and his involvement with the script, Anderson followed up by saying, “That’s what’s on the title page, it’s Resident Evil: The Final Chapter, so Absolutely.”

Original plans were to release the film this September, but production woes kept the project on hold, which it remains as Anderson confirms the studio has no start date at the moment until the screenplay is completed first.

We expect Resident Evil: The Final Chapter to hit theaters sometime next summer. Call it a hunch.

Related: Anderson Confirms “Resident Evil 6″ Title & Plot Details
Related: 10 Resident Evil Monsters That Should Have Been In The Films