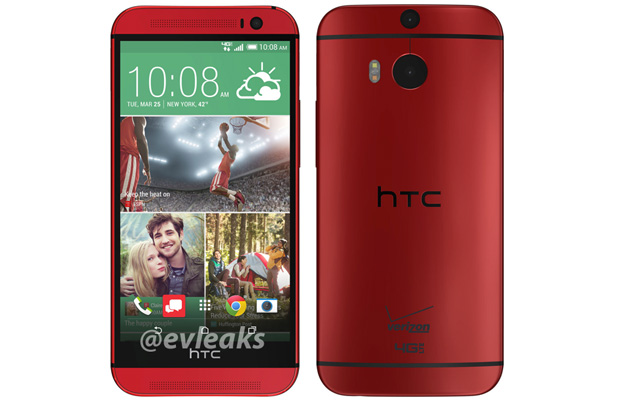 Granted HTC’s latest flagship just hit the market and is now available in three different colors, that isn’t stopping the mobile giant from releasing another shade of the popular Android handset. A recently leaked photo of the red HTC One M8 has surfaced online courtesy of notorious Twitter leaker @evleaks, which as you can see from the image, will be coming to Verizon and support the carrier’s 4G LTE network.

Unlike the red Nexus 5, the one M8 is decked entirely in metallic red with the exception of the branding, camera, small black bezel around the display, and several black accents. The device will remain the same and carry the same Sense 6 skin, BoomSound speakers, Duo Camera, and sexy unibody design.

Many of you might remember the red One M7 being exclusive to Sprint customers. It’s still unknown whether the One M8 variant will be tied solely to Verizon, though we anticipate some sort of announcement from the company in the next coming weeks.