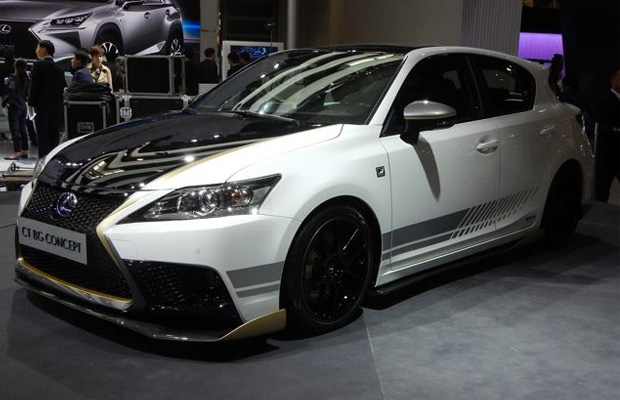 The luxury automaker surprised those in attendance at the 2014 Beijing Auto Show after unveiling its all-new Lexus CT BG Concept. Stealing the spotlight from the Lexus NX, the new hybrid hatchback is described as having a “more personalized design language.”

It’s based on the 2014 Lexus CT 200h F Sport, though more function and style has been added to the updated model such as a black and white-themed color scheme with golden stripes. Furthermore, the car features larger front-side vents that are fitted with a mesh, new fog-light surrounding, medium-lower lip spoiler with vertical fins, air diffuser, and more.

There is also a new wing and performance tires fitted with new multispoke black rims. And the interior is decked out with carbon fiber trimming.