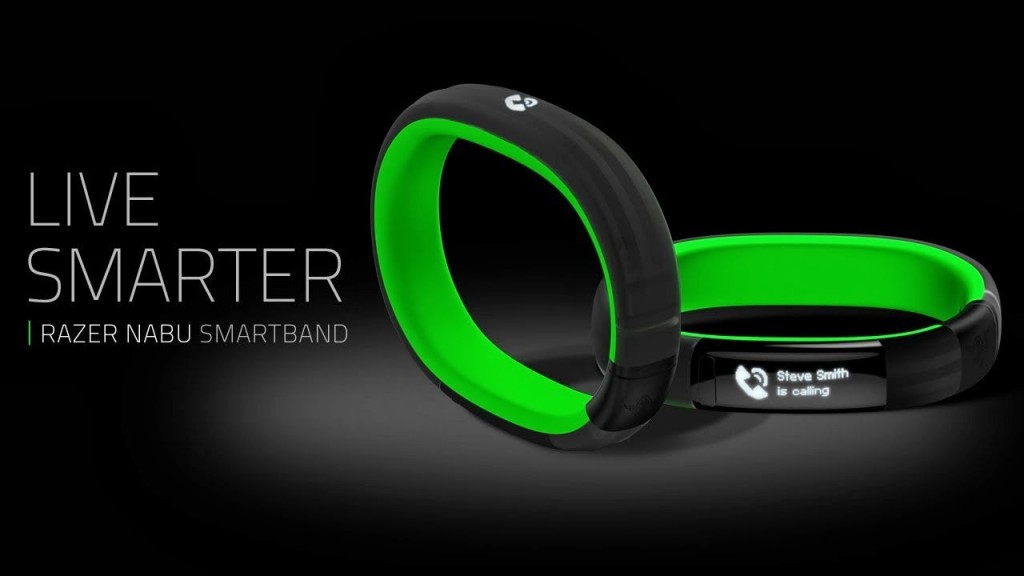 We all know Razer for making some of the best gaming accessories on the market. Now the company’s venturing into a new category with the release of its own wearable dubbed the Razer Nabu. The device can deliver discreet notifications from your smartphone and has a highly accurate fitness tracker. Now we’ve all see some of the wearables that have launched in the past year, most of them tend to be bulky, but the Nabu has a very sleek and slim deign, almost look like you’re wearing a bracelet.

The device can receive emails, calls, texts, and app alerts from your smartphone, plus it also logs activity data for self-analysis and better living. In addition, it offers band-to-band capabilities for social discovery, multiplayer gaming and more. You can pre-order the device via Insider, a newly launched community platform made by Razer.

The Razer Nabu is compatible with iPhone 5 and up, and Android 4.3+ smartphones, and can be paired via Bluetooth and comes in four different colors: green, white, orange and black. Black will be the first color to launch, the remaining colors will launch later. It will run for $100 when officially launched.