Independence Day 2 Gets Go-Ahead from Fox 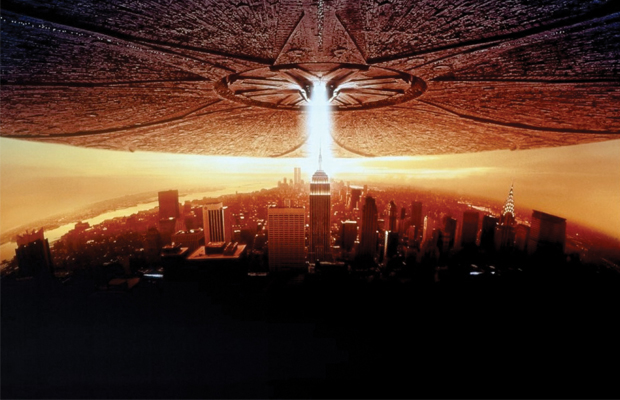 For a while, you couldn’t blink without seeing a new, special effects-driven trailer for another apocalyptic “end of days” disaster movie. The World’s End, 2012, and This is the End, to name just a few of many, filled theaters with collapsing skyscrapers, crashing jetliners, and overwrought rapture narratives. If you were one of the countless moviegoers who flocked to see these movies, then you are in luck. Fox just gave the green light to Roland Emmerich’s sequel for Independence Day.

While it’s been almost two decades since the last film’s release, it remains one of the paradigms for big-budget, blockbuster science-fiction entertainment and, for this reason, it will certainly still have name recognition when the follow-up starts appearing in trailers and advertisements. Deadline reports, on top of this, that Will Smith will not be returning to the project. Needless to say, if Independence Day 2 proves to be as successful as its predecessor, this will assuredly mark the beginning of another booming Hollywood franchise. The next young adult film series better watch out.