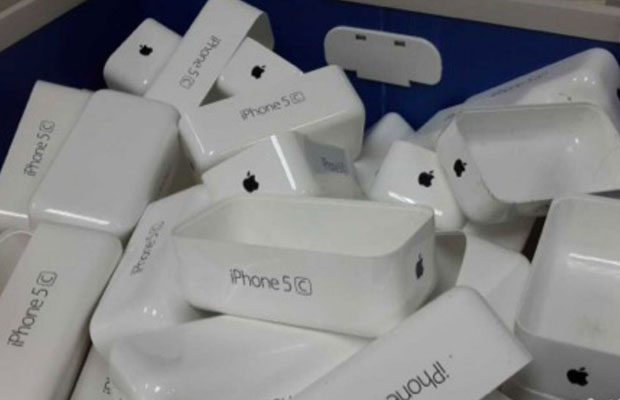 With HTC, Motorola, and Samsung launching cost-efficient models to their flagship phones this back-to-school and holiday season, it would only make sense for Apple to do the same before handing over any more of its mobile market share to Google’s OS. Rumors of a budget iPhone stem back to last year, as mobile analysts predicted the Cupertino Clan would go astray and offer its customers a cheaper alternative to the premium smartphone. If the image above is any indication, we could very well be seeing such a device by this fall.

Posted on the Chinese discussion forum WeiPhone, the photo showcases what looks like plastic retail packaging for the long-rumored Apple phone, which goes under the moniker iPhone 5C. That just sounds terrible. Interestingly enough, a number of sites are suggesting the “C” will stand for color, bringing to life all rumblings of Apple releasing different color variations of the iPhone. Would be an interesting tactic to push its low-tier smartphone.

Take the news with a grain of salt, as Apple will not comment or confirm any of these reports.