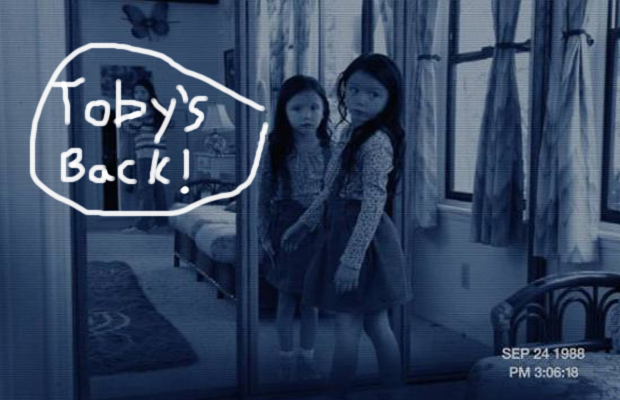 A $54 million opening weekend for a horror film that cost no less than $5 million to make—yea, that pretty much solidifies another sequel. And that’s exactly what Paramount Pictures has in mind after the third installment in the Paranormal Activity series pulled in the biggest horror opening of all-time. Paramount’s Head of Domestic Distribution, Don Harris, spoke with TheWrap Sunday about the possibility of another sequel coming down the pipeline, to which he replies, “I can’t imagine that we wouldn’t make a number four, and I imagine (Paramount Film Group president) Adam Goodman this morning is thinking about the challenge. I’m sure he’s thinking, ‘Now what do I do?'”