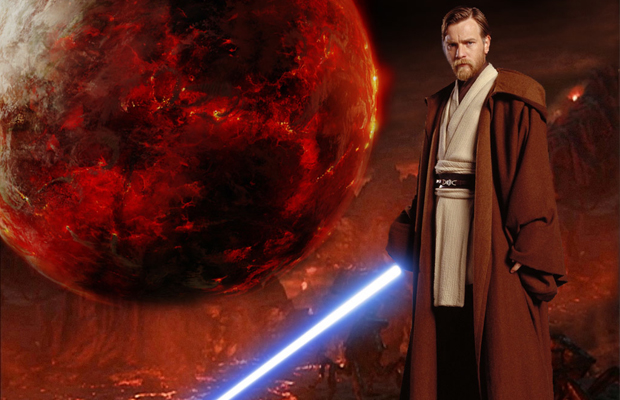 For good reason, movie studios have been frantically and, at times, heedlessly trying to duplicate Marvel’s stroke-of-genius business model: an interconnected cine-verse that encompasses multiple, codependent (yet still unique) character mythologies. The trick is this, and it is a sleight-of-hand that needs no revealing – to be fully engaged in the cine-verse, the spectator has to see everything that occurs within it, from spin-off trifles to after-the-credits tidbits. Put simply, to be a truly loyal fan, your seat at the multiplex has to become your second home.

Needless to say, after acquiring Lucasfilm, it didn’t take Disney long to see the benefits of this “family tree” mode of filmmaking/moneymaking. While details about J.J. Abrams’ Star Wars: Episode VII are still slight, there are already rumors circulating about a stand-alone Obi-Wan Kenobi film. There has already been talk of a Boba Fett or Han Solo spin-off, but the Jedi sage has been getting a lot of love from the fanbase and this could grab him some one-on-one time with audiences.

The word for makingstarwars.net reads:

“Obi-Wan Kenobi – I’ve heard from quite a few people now that an Obi-Wan Kenobi movie is in the works. For the spin-off movies they were initially going to stay away from any Jedi or Sith characters. But I’m hearing now that because of the popularity of Obi-Wan (fans recently voting for him on the official website etc) that an art team is now working with a writer on concepts for an Obi-Wan movie.”

On top of that, it is still unclear whether Scottish thespian Ewan McGregor will reprise the role. During an interview circa Jack the Giant Slayer, McGregor affirmed that he would be up for another go-around in the robes if it was offered to him. “Sure. I would [do it],” he said, “I think it’s a good idea. After the last one that I made, Episode III, before Alec Guinness is Alex Guinness, there’s that period where he’s in the desert and, I don’t know, that might be my window there, to tell that story.”