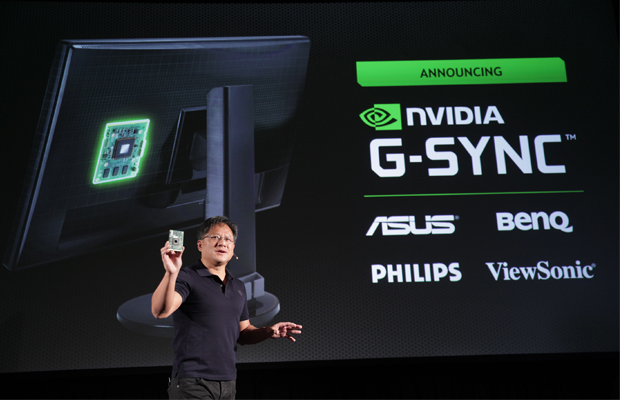 During the 2013 Red Bull Battle Grounds event, NIVDIA gave viewers a sneak peak on some new technology it was working on dubbed NVIDIA G-SYNC—a technology that optimize games to update the monitor when they want rather than waiting for a predefined V-SYNC. This will allow games to run smoother with less latency and no tearing, which have been a huge problem for players over the past several years. It is a huge breakthrough for PC gaming and industry luminaries. John Carmack, Johan Andersson and Tim Sweeney were on stage to share their thoughts on the new system. Watch the video below.